Counties of Wales - Isle of Anglesey

142,658 Isle of Anglesey Diaspora around the world 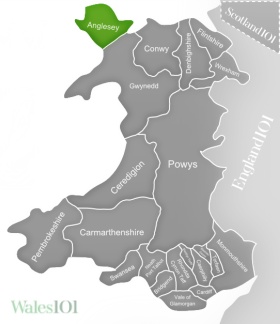 Of Wales’ 100 islands, Anglesey is the biggest by far – and arguably, the most exciting to visit. Situated off the north west coast of Wales in the Irish Sea, it is connected to the mainland by two historic bridges.

The majority of Anglesey’s 125-mile coastline is designated as an Area of Outstanding Natural Beauty (AONB), boasting towering cliffs, pristine beaches and many species of seabirds. Paired with the beautiful sights inland – from lakes, estuaries and marshes to grassy dunes and mossy headlands – it’s no surprise Anglesey is such a popular spot with tourists from across Britain and beyond.

There’s history here too – from ancient ruins and castles to quirky 19th century wonders. All visitors travelling to Anglesey by land cross either Britannia Bridge (road and rail) or Menai Suspension Bridge (road only) – the latter is particularly striking thanks to its seven stone arches. Both bridges first opened in the 1800s and the Thomas Telford Centre in Menai Bridge town features exhibitions about the bridges’ history.

Near Britannia Bridge (and just five minute’s drive from Menai Bridge) lies a village with the second longest one-word place name in the world: Llanfairpwllgwyngyllgogerychwyrndrobwllllantysiliogogogoch. The name is said to have been lengthened significantly in the 19th century to attract tourists to the area, and it worked; even today many visitors stop in Llanfairpwll to take photographs of the train station sign. 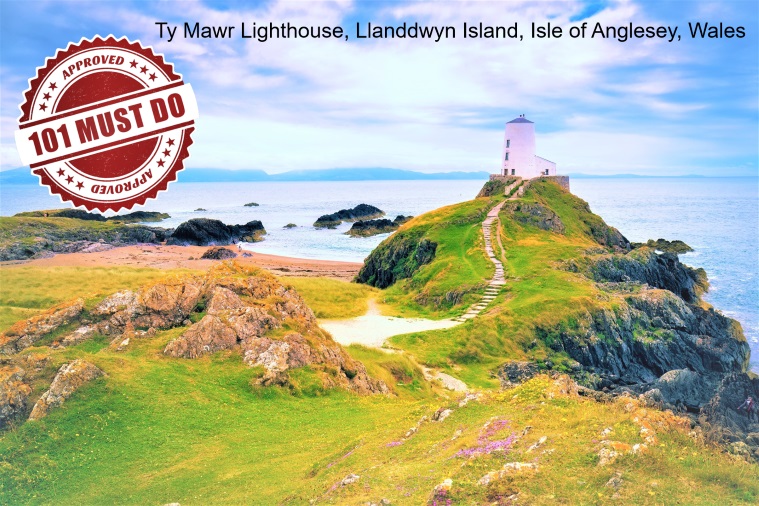 One of the prettiest towns in Anglesey has to be the walled town of Beaumaris. Here you will find moated Beaumaris castle, the final castle built during King Edward I’s conquest of north Wales. It was never fully completed, but the World Heritage Site is considered one of the best examples of late 13th century architecture in Europe. Visitors can explore the grounds, spotting arrow slits and self-explanatory ‘murder holes’. Nearby Ye Olde Bull’s Head Inn is a fine choice for dinner or an overnight stay; both Dr Samuel Johnson and Charles Dickens are known to have stayed there, and almost all the rooms are named after Dickens characters.

Prefer your castles a little more hospitable, and perhaps a little more French? Château Rhianfa on the east coast was built by the Baronet of Bodelwyddan in 1849; he and his wife were inspired by their travels in the Loire Valley. Today the castle is a romantic wedding venue and four-star hotel with a fine dining restaurant on site. Other grand houses worth a visit include Henllys Hall, for its 18-hole golf course and and lessons from a PGA pro, complete with sea and mountain views; and Plas Newydd House and Gardens, where art-lovers will find a collection of Rex Whistler paintings. There are two neolithic burial chambers within the grounds, although they’re not accessible to visitors. However nearby Bryn Celli Ddu Burial Chamber is open to the public, and you can even enter the prehistoric tomb. 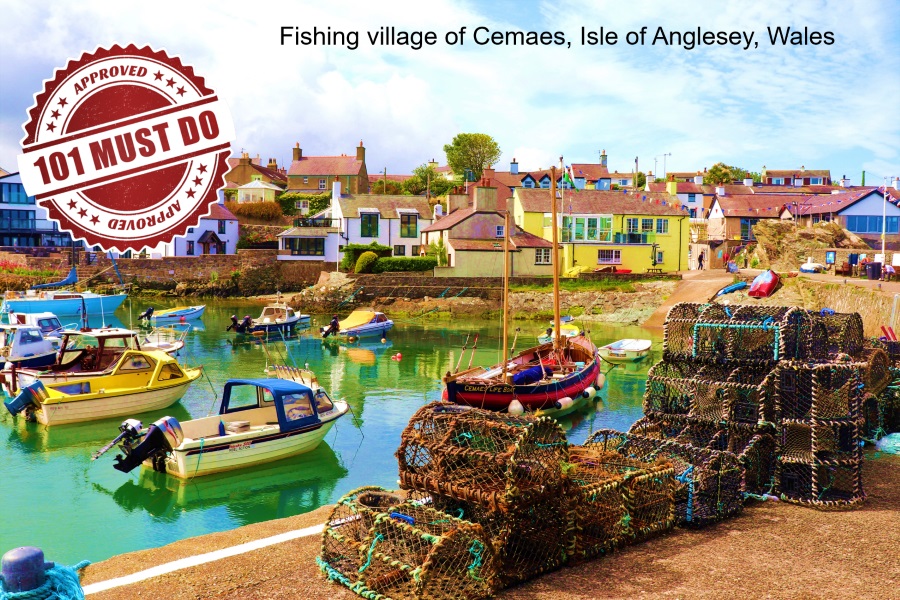 Anglesey’s award-winning beaches demand attention – take your pick from the likes of family-friendly Bellech; windsurfer haven Rhosneigr Beach; or dune-backed Newborough Beach, where you can access the fascinating Llanddwyn Island, if the tide is right.

Hikers and cyclists are spoilt for choice on Anglesey – particularly when it comes to wildlife spotting.

Holyhead Mountain in particular attracts lots of bird life. Up here you’ll find South Stack Cliffs RSPB Reserve in Holyhead, which is known for its magnificent (and easily accessible) views. Clear and organised paths help hikers navigate the rugged terrain, but there are also roads to the highest points if you are less mobile. In addition to the standard seagulls, you might be able to spot some falcons or if you’re lucky, dolphins! Lligwy Bay and Puffin Island are known for their seal populations, too.

Our 101 team have been working with local tourism, business, community and Council initiatives to bring you some of the best ways for you to live your connection to Isle_of_anglesey.

According to records, the Jenkins tribe once lived here at different times. Please advise if you know. Thanks.

Top 20 Surnames from Isle of Anglesey